Calling all Kohanim and Levi’im 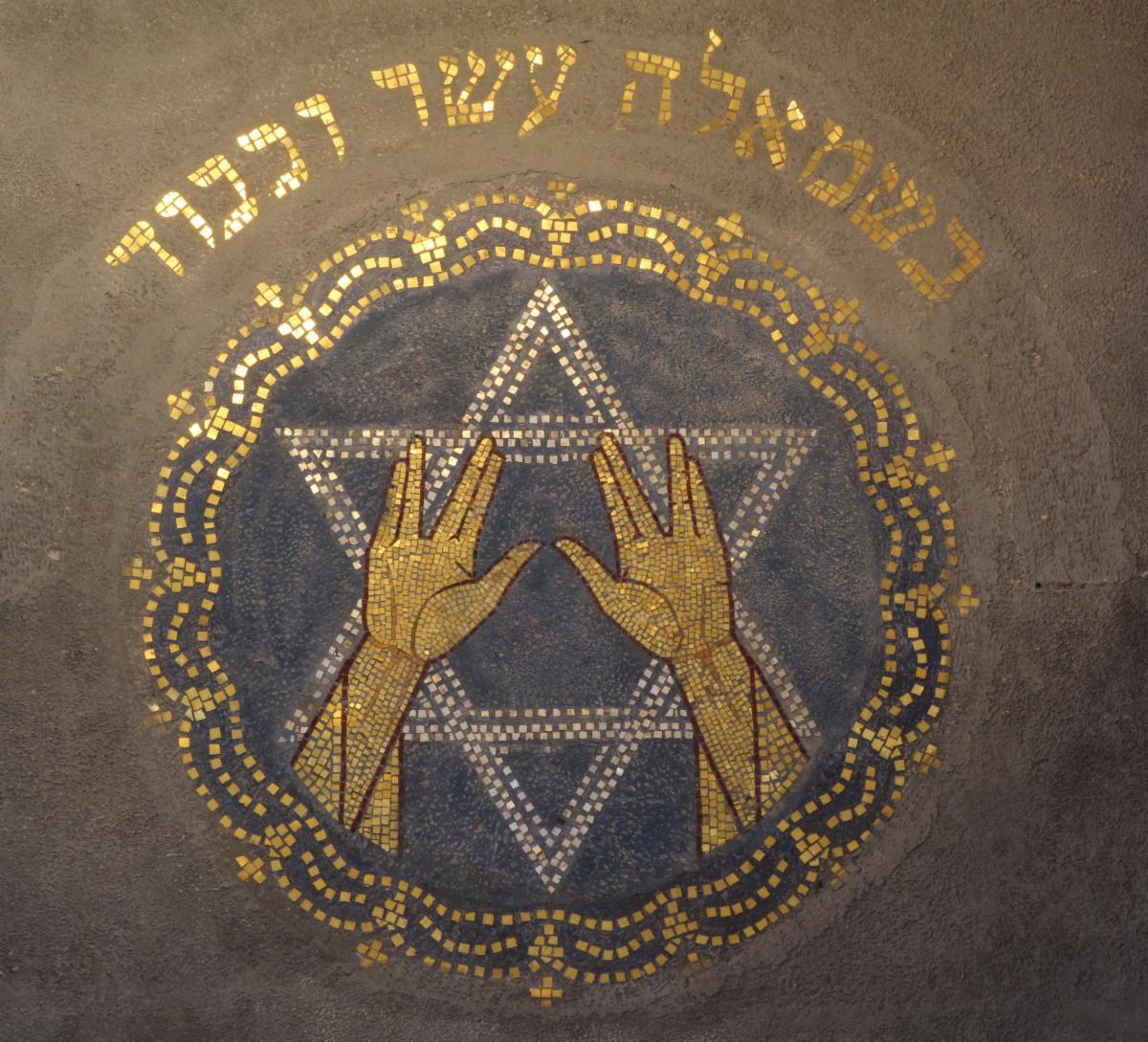 CALLING ALL KOHANIM AND LEVI’IM

If you are a Kohen or Levi (any gender),
I would like to know.

What am I talking about?

Has anyone ever asked you if you were a כוהן/Kohen or לוי/Levi?  These two designations both stem from one of the 12 tribes of Israel.  The לוויים/Levi’im/Levites are the descendants of our Father Jacob’s third son, Levi. Moses and Aaron were both born to this tribe.  After the Exodus and our liberation from slavery in Egypt, the Torah tells how us the Land of Israel was to be divided and apportioned among the various tribes.  But the Levi’im did not inherit land.  Instead they were to serve first in the travelling tabernacle during our desert wanderings, then later in the Temple as the priestly class.

Those who were descended from Aaron, who was the first כוהן גדול/Kohen Gadol/High Priest would become the Kohanim, the priests who did the work of the Temple sacrifice and other spiritual duties.  The rest of the tribe, simply known as Levi’im or Levites, would aid and assist the Kohanim in their tasks.  Thus all Kohanim are Levi’im, but not all Levi’im are Kohanim.  Still with me?

According to the Biblical record, 10 tribes of Israel were lost to the ages when the Assyrian Empire conquered the Northern Kingdom of Israel in 722 BCE.   The Levitical tribe was mainly centralized in Jerusalem (which did not fall until the Babylonian conquest), along with the Tribe of יהודה/Yehudah/Judah, שימון/Shimon/Simon (which was absorbed into Judah), and some say parts of בנימין/Binyamin/Benjamin.  And so collectively, among Jews for millennia, we each fall into Kohen/Levi, or Yisrael.  While our Jewish status passes down matrilineally, our tribal designation is inherited from our fathers. Most of us are Yisrael.

As I mentioned, when the Temple still stood, the priestly class held special privileges and special responsibilities based upon their כהונה/Kahunah (their priestly status).  Some of these rituals continue till this very day.

For example, in response to the 10th and terrible plague that befell Egypt but not Israel, the Torah commands that every first-born male child be dedicated to God and service of the priestly class.  But Torah also provides for “redemption” of the child.  This is still observed in the form of a פדיון הבן/Pidyon HaBen (redemption of the son).  30 days after birth, a ritual occurs, and the equivalent of 5 shekels of silver is given to someone who is of the line of Kohen.

In many synagogues around the world, the first aliyah (blessing over the Torah reading) is given to a Kohen, the second to a Levi, and then the following given to the rest of us who are Yisrael.  (Interestingly, one plausible explanation for this practice is so people wouldn’t fight over who got the first aliyah since there are far fewer Kohanim and Levi’im than Yisrael.  Thus aliyot were assigned by tribal status, not who was a bigger macher - Yiddish for bigshot.)

But one of my personal favorite rituals to survive is the ברכת כהנים/Birkat Kohanim, the Priestly Blessings, also known as Duchenen in Yiddish.  In our order of services, towards the end of the Amidah (standing prayer) we read the following verses from Numbers (6:24-26):

May God bless you and protect you!

May God deal kindly and graciously with you!

May God bestow Divine favor upon you and grant you peace!

In most congregations in Israel, at all daily morning, Shabbat morning, and Musaf services, when this part of the service is reached, all Kohanim present come forward and recite the blessings over the congregation in place of the שליח ציבור/Shaliach Tzibbur/prayer leader.

In America, perhaps due to having fewer Jews, thus fewer Kohanim and Levi’im, many follow the practice of doing this powerful ritual only on the High Holy Days of Rosh Hashanah and Yom Kippur, and on the Shalosh Regalim, 3 festivals of Passover, Shavuot, and Sukkoth.  The Kohamin cover themselves in their tallit prayer shawls, stretch out their arms over the congregation, and confer the ancient blessings while holding their hands in the shape of the letter Shin.  (Think of Mr. Spok’s hand gesture from Star Trek.  Leonard Nemoy was raised in an Orthodox family and fashioned that Vulcan greeting directly from what he learned in synagogue. True story.)

How do you know if you are a Kohen or a Levi?  If you are, you probably just know.  You know because your father was, his father was, and so on.  (And in the Conservative Movement, we include B’not/Daughters Kohanim and B’not/Daughters Levi’im as well.) But can we be sure?  Reasonably, yes, we can.  Remember for thousands of years we lived in small local communities.  People knew people, and no one would or could say their father was a Kohen or a Levi if it weren’t so.  If your last name is Levi, Kaplan, Katz, Cohen, Cohn, Kahn, and many others, you are very likely also from the priestly tribe.

This ancestral designation apparently has been so well guarded that recent DNA technology has identified specific genetic markers that are common to an incredibly high percentage of those who claim to be of the Kahunic or Levitical lines.

I would very much like to reinstitute the practice of Duchenen/doing the Priestly Blessings for Rosh Hashana and Yom Kippur.  I think you will find this to be, as I do, an incredibly powerful, moving, and spiritual experience that connects us to our long and rich history, our deepest roots, and our eternal covenant with God.  It is at once archaic and timeless, ancient and agelessly relevant.

But to make this happen, I need to know who the Kohanim and Levi’im in our community are.  At the appropriate time, as in days of old, the Levi’im will first help prepare the Kohanim to bless the people by washing their hands.  The Kohanim will then come up to the bimah, recite a beracha/blessing, hum a sweet and haunting melody, and confer the ancient three-part blessing from Numbers upon the congregation.

No knowledge of Hebrew is required!!!  I will recite the words one at a time for everyone to repeat.  We will meet one time before to go over the minimal choreography.  I will briefly explain to the congregation what is about to happen and hopefully frame a deeply sacred and mystical experience.  It would be a tremendous mitzvah on your part should you choose honor us in this manner.

If you are at all interested and believe you may a child of a Kohen or a Levi (any gender) let us know as soon as possible.  For now:

May God bless you and protect you!

May God deal kindly and graciously with you!

May God bestow Divine favor upon you and grant you peace!