It was a day filled with warmth and beautiful memories. At the conclusion of the event, Rabbi Rosenthal’s portrait was unveiled and it now hangs alongside his immediate predecessors; Rabbi Monroe Levens and Rabbi Aaron S. Gold. These three rabbis collectively served approximately 80 years of our synagogue’s 117-year-old history.

We were fortunate to have the entire Rosenthal family join us for this moment in our congregation’s history. Many thanks to our Chevrat Bonim Committee members: BarbaraSue Barnes (Chevrat Bonim Chairperson), Jerry Hermes, Seth Krosner, Rabbi Mathew Marko, Scott Schechter, and Barbara Sperling for their ongoing efforts. We’re also very grateful to Seth Krosner (event Chairperson) and to Margalit Rosenthal for her support in ensuring the success of this event. Lastly, we appreciate the members of our Sisterhood for creating a delicious brunch that was enjoyed by all who attended.

Chevrat Bonim, the Society of Builders, is the Tifereth Israel Legacy Honor Society, created by Rabbi Rosenthal. Chevrat Bonim consists of members and friends of Tifereth Israel Synagogue who have included a gift to the synagogue Endowment Fund in their estate planning or contributed during their lifetime. Click here to learn more about Chevrat Bonim. 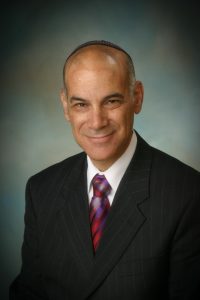 Rabbi Leonard Rosenthal was a native Californian and grew up in the San Fernando Valley in Los Angeles.

While attending High School he also attended the Los Angeles Hebrew High, and was involved with numerous synagogue and youth activities. Rabbi Rosenthal received his B.A. from the University of California in San Diego and attended the Hebrew University in Jerusalem during his junior year.

After graduating college he entered rabbinical school at the University of Judaism in Los Angeles, where he received a B.L. degree. He continued his studies at the Jewish Theological Seminary in New York where he received his M.A. and rabbinic ordination. Rabbi Rosenthal served congregations in New Jersey, Florida and Orange County, California before becoming rabbi of Tifereth Israel Synagogue in San Diego, California, where he has served for over twenty nine years.

He was an Executive Board member of the Pacific Southwest Region of the Rabbinical Assembly and a Past President of the San Diego Rabbinical Association.

He and his wife, Judy, have three children: Adina, and her husband Jeremy; Adam, and his wife Sarah; and Margalit; two grandsons, Neriya Yitzchak and Zecharya Heschel Rosenthal and twin granddaughters, Michal Yedidya and Esther Netanya Rosenthal; and twin grandsons, Elijah Lev and Zev Augustus Gerstle.