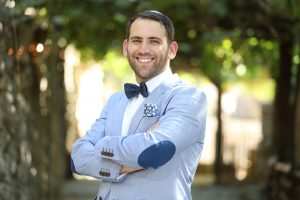 We are pleased to have Chazzan Hanan Leberman join us for this coming year’s High Holy Day services. A friend of Rabbi Dorsch, Chazzan Leberman will be coming from Israel and is looking forward to his first trip to San Diego.

Hanan Leberman has always followed his heart and passions. Born in Chicago and raised in Philadelphia, Hanan started his musical career at age 10 playing the flute and, as a teen, playing the leads in high school musicals. After Hanan finished high school he spent a year in Yeshivat Eretz Hazvi in Jerusalem. At age 20 he pursued his Zionist dream and moved to Israel where he served three years in the I.D.F undercover counter terrorist unit Duvduvan. After three years of hard but meaningful service as a fighter, and also often serving as the unit’s chazzan, he decided to pursue his passion for music and singing. 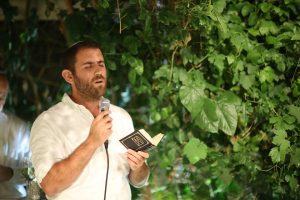 In 2011, he began his studies at The Jerusalem Academy of Music. Since 2012 Hanan has not only continued to lead tefillah as a chazzan but also has become a professional opera singer. He sings mostly in his home city of Jerusalem but has also sung in the Glyndebourne Opera Festival in England. This summer, he will travel to Italy to play the role of Tamino in The Magic Flute. Hanan can be heard on any given Shabbat in Jerusalem leading groups in Kabbalat Shabbat. He is a chazzan for the Masorti movement in Israel and has led congregations as a guest Chazzan in Israel, England and America.